The New Member for Kooyong!

A few hours ago, Monique received a phone call from Josh Frydenberg, to congratulate her on becoming the next Federal Member for Kooyong.

This has been an epic victory for Monique and her community campaign, in a seat that has been held by the Liberal Party since Federation.

As of Monday afternoon, Monique had secured 42.08 percent of the primary vote, only 90 votes less than Mr Frydenberg. On a two candidate preferred basis, she has secured 54.66 percent of the vote. Although some postal votes are yet to be counted, her 7000 vote lead is unassailable.

On Saturday night, the Auburn Hotel was a sea of teal joy with more than 1200 supporters rocking up to celebrate Monique’s truly historic victory. 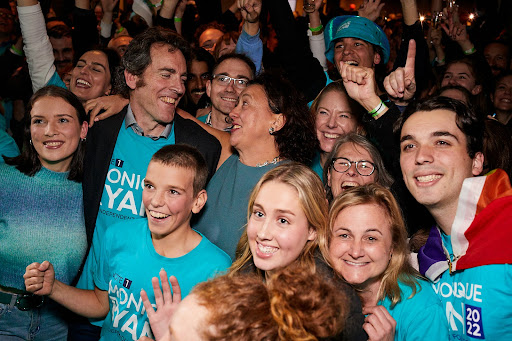 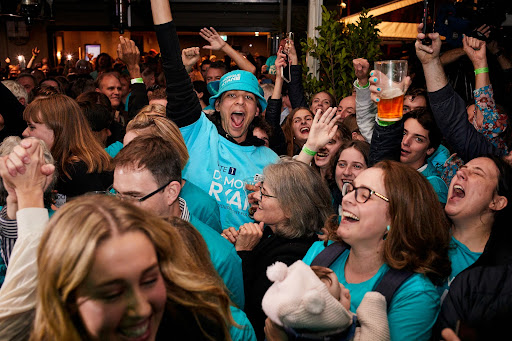 We will have more to say about this in the days and weeks to come, but to be honest, we are still digesting the enormity of what we have achieved. This was a true community campaign, with more than 2000 volunteers, 3000 donors, 4000 signs in people’s yards, and 55,000 doors knocked to find out about what matters to the people of Kooyong.

We would also like to acknowledge and thank Climate 200 for their financial support, particularly early in the campaign when we were just getting started. Early money is like yeast! Without the support of Climate 200 it would have been very difficult for us to have the audacity to take on the Treasurer of Australia in the bluest of blue ribbon seats. And, while our campaign budget was always dwarfed by the massive war chest amassed by our opponents, the support of Climate 200 made it possible for us to run a sophisticated digital advertising campaign, which in the end may well have made the difference between a win and a loss.

On Sunday morning, with only a few hours sleep, our extremely hard-working and dedicated campaign team was back at Glenferrie Road headquarters. While Monique was hosting a press conference, her volunteers were beginning the great clean up and her campaign team began to plan the transition from campaign to parliament.

And it’s not just parliament that we are focused on. Our thousands of supporters have become involved in community action and they want to continue! We will engage with our supporters and the broader community, to build consultative groups and opportunities for all members of the electorate to have ongoing and direct communication with Monique and her team. We will have Town Hall meetings, community forums and we will bring back the community listening posts that former Liberal MP Petro Georgiou is remembered for. 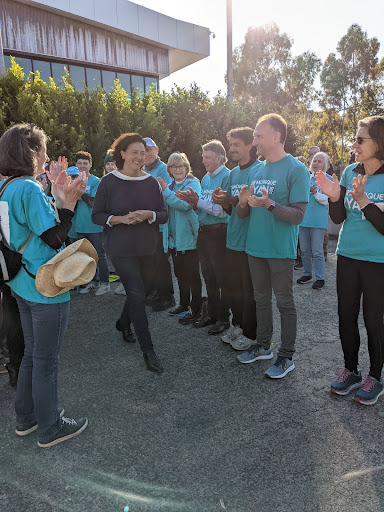 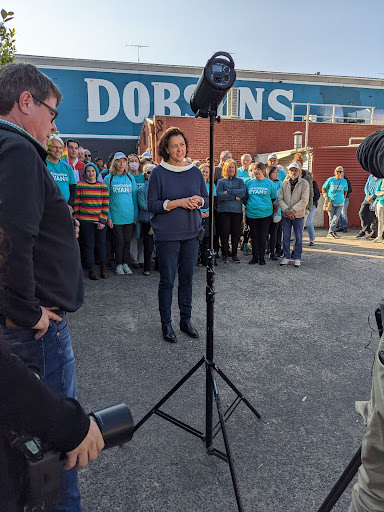 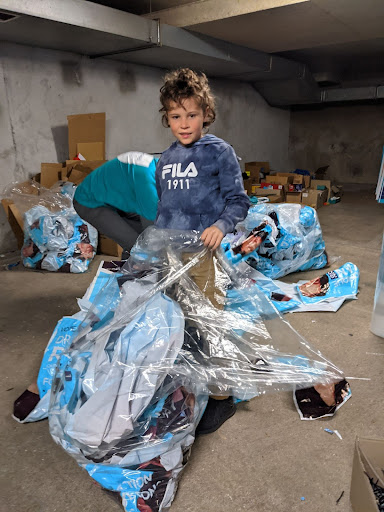 We do not anticipate that Monique will receive government funding to establish her electorate and parliamentary offices until late June. Having thrown every dollar we have at winning the election, we are seeking donations towards the cost of our rent, systems software programs, and staffing costs for the next four weeks.

Are you able to help us bridge the funding gap between the end of the campaign and the establishment of Monique’s parliamentary and electorate offices? If you can, please donate here.

Return and recycling of campaign materials

Council rules require the removal of political signs within 14 days of the election (by 4 June). If you have a large real estate sign, it will be removed by the company that installed it. There is no need for you to contact them. If you have a corflute (yard sign) there are two options: you can drop it back to Mon HQ at 655 Glenferrie Rd, Hawthorn during business hours, or fill in this form to have it collected by one of our team. The corflutes will be recycled by Corex Plastics, who will shred, melt and make recycled pellets to be used in future products.

An influential movement needs an iconic image. Now you have the chance to wear your own piece of history. Longtime Kew resident W.H. Chong custom designed this special tee with a clear nod to Warhol’s famous portraits and Barack Obama’s evocative campaign imagery.

Collector T-shirts and Umbrellas on sale 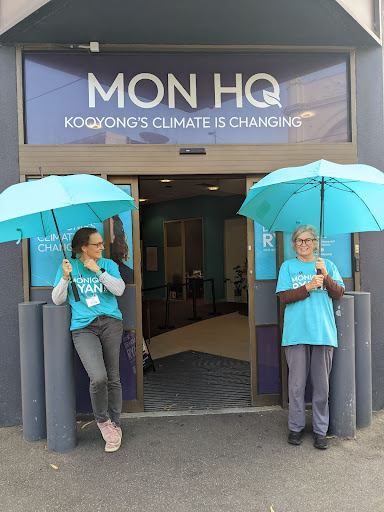 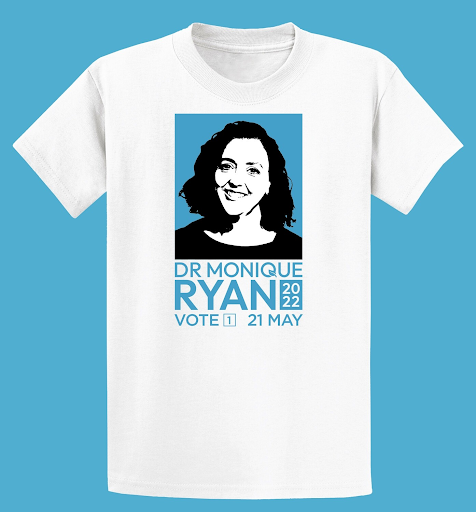 I can’t quite believe that I write to you today as the Member-elect for Kooyong; despite the extraordinary outpouring of support from our community over the last 6 months, I always found it hard to believe that I could succeed Josh Frydenberg and become Kooyong’s 8th federal member and the first Independent to hold this seat. The shock and awe with which our achievement has been met in the rest of the country reflects the enormity of what we have achieved together. I think it will take all of us a while to digest this but we started that process with the party to end all parties on Saturday night.

I can’t thank you all enough. This election was won by you all: the Voices of Kooyong and Kooyong Independents group who placed the ad and started the journey; the small group of true believers who gathered after the launch in December and made the first plans for May; those who painted the office and scrounged all its fixings; those people who stood in the street in wind and rain on all those flier stalls; the letter boxers; the many, many volunteers who gathered in teams and knocked on that ridiculous number of doors and made phone calls; the email responders and social media crews; the distribution and merch team; the maps and stats gurus; our data entry teams; the cleaning crew that went out every single day to repair our defaced signs; the community engagement teams; those who cleaned and staffed the office and those who stocked the fridge and bar; the front desk staff; the carpenters and drillers and all those who prepared the election day signage and decorations; the youth who made the TikToks and ate the TimTams; those who stood day after freezing day at pre-poll; the people who mobilised on election eve, day and night, decorating the booths, the night owls who guarded the booths, the 1000 strong election day crews handing out how to vote cards (singing Vote Monique 1 and Number Every Box); the scrutineers who worked into the night and through the weekend, and who are still working, and finally, our simply stellar fundraisers and our generous donors. All of you were part of this historic, unprecedented victory.

So now, we turn to our new reality! A new government, a new local member. So much work to do, so much opportunity for change. It will take us some time to understand exactly what needs doing, all our roles and how we’ll do this, but we’re already making lists and checking them twice.

Thank you. Thank you all.