Over the past few weeks, we have been making the transition from campaign mode to beginning my work as the Independent MP for Kooyong.

There have been some sad moments as we move on from what has been – for many of us – one of the most challenging, intense experiences of our lives. But at the same time, we’re full of excitement and optimism for the road ahead. 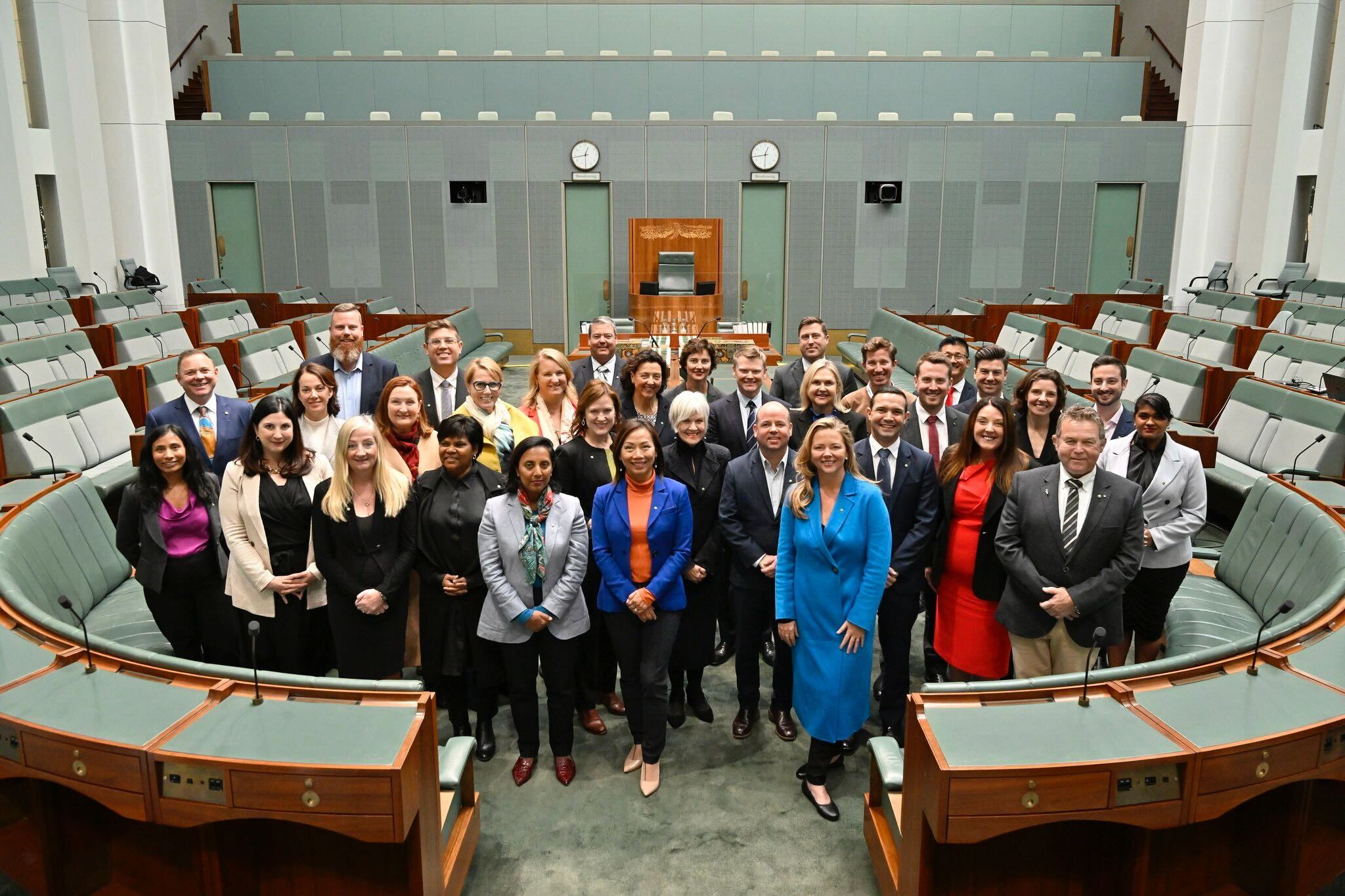 We have fondly farewelled Mon HQ on Glenferrie Rd and have moved into the Electorate Office at 145 Camberwell Rd East, Hawthorn. It’s been a bit of a culture shock dealing with new government systems which are much slower and more bureaucratic than our nimble and fast-paced campaign, but we are quickly adapting and we are really pleased to be able to provide assistance for constituents. Thank you to all the volunteers who helped with all aspects of the clean up and move.

I am delighted to announce that our campaign operations manager, Ms Tamar Simons, has been appointed as the manager of the Kooyong Electorate office. Ms Liza Miller has been appointed as Constituency Liaison Officer, and her legal background is already proving to be immensely valuable in some of our constituent casework. We still have a few positions to fill for the Electorate Office and are awaiting a finalised allocation of ‘personal staff’ from the prime minister.

Welcome to our new electorate office.

The Personal Staffing Issue: An Explainer

As you will know from media reports, the crossbench has called upon the Prime Minister to reconsider his decision to reduce our personal staff to one parliamentary advisor for three main reasons.

First, so that Independent MPs can properly review all proposed legislation as it comes before Parliament.  It is not uncommon for lengthy bills and amendments to be presented to MPs only a few hours before being tabled in Parliament. Unlike backbenchers in a Party, who are told how to vote by their Party Whip, Independent members of the crossbench need to fully scrutinise (often complex) legislation so that they can exercise an informed vote and properly represent the community that elected them. Advisors have a crucial role in managing this challenging workload, particularly during sitting weeks.

Second, the Parliamentary Library — which the PM has suggested can substitute for parliamentary advisors — is an excellent research service available to all MPs. I have already used it to develop my position on fuel efficiency standards in Australia. However, the Parliamentary Library does not perform the same legislative analysis and advice functions as those described above. It can provide background information, but it does not help with drafting amendments to legislation or developing Private Member's bills. That work can only be done by the parliamentary office of the Independent MP. It is also important to note that except for sitting weeks, the Parliamentary Library operates during regular working hours — my staff and I will be working much longer hours than that.

Third, the report from the Jenkins Review (Set the Standard: The Report on the Independent Review into Commonwealth Parliamentary Workplaces) identified a damaging culture of overwork in some areas of Parliament House. The work of MPs' advisors is extremely demanding. That report noted that the long and irregular hours of parliamentary advisors contributed to the health and safety risks facing staff.  Reducing the staffing of crossbench MPs will exacerbate these risks and will not address the culture of overwork. This is directly counter to the recommendations of the report, which include shifting to a proactive and preventative approach to well-being and safety in parliamentary workplaces. Mr Morrison instituted a review of parliamentary staffing earlier this year. The crossbench has asked Mr Albanese to continue previous staffing arrangements while we await results of that review.

You might be interested in this article in The Conversation by a former advisor to the late Independent member for Calare, Peter Andren. It provides informed and compelling insights into the workload of Independent MPs and their staffers.

This past week I went up to Canberra for Parliamentary orientation. It was great to meet all the other new parliamentarians from all parts of Australia, and of all political stripes. The new crossbench in the House of Representatives also had a series of meetings with the government and opposition Whips, and with the Hon. Tony Burke, Leader of the House, to discuss Standing Orders for the 47th Parliament. The Standing Orders determine the rules of engagement for the parties and Independents in Parliament. Finally we met with the Minister for Indigenous Australians, Linda Burney, to discuss the Uluru Statement from the Heart.  And yesterday, we met with the Attorney-General Mark Dreyfus to learn more about the government’s proposed national commission against corruption. 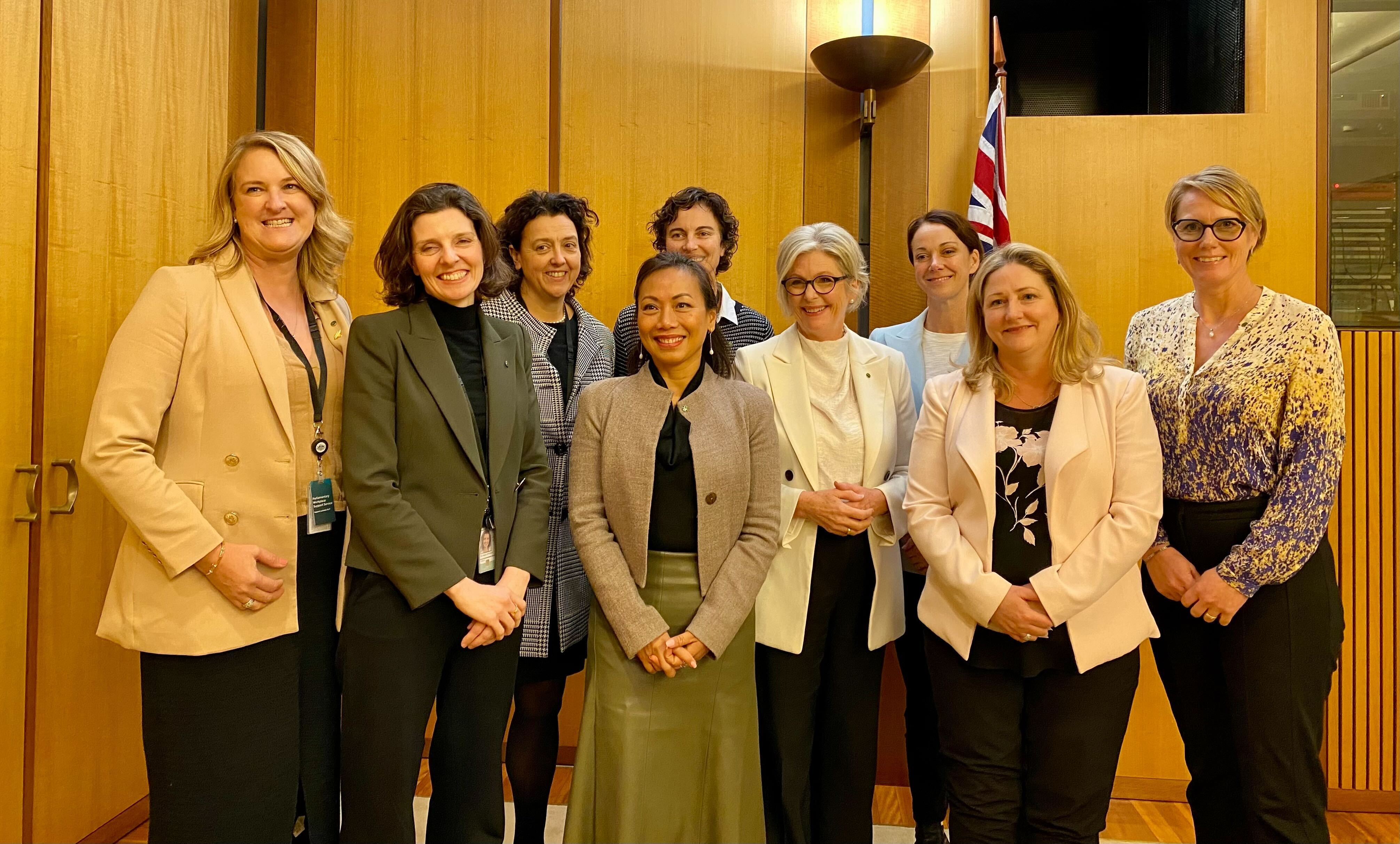 I’ll be sworn in as the 8th member for Kooyong when the new Parliament convenes on 27 July. At this point the ‘first speeches’ of the new MPs are yet to be scheduled; we may get as little as 48 hours notice before our first speeches. Knowing that some of you are keen to attend, we will keep everyone informed as soon as I have information about the date.

After the publication of my op-ed, the Minister for Climate Change and Energy, Chris Bowen, stated at the National Press Club that he was open to legislating efficiency standards, which are not currently included in the government’s plan to achieve a 43% reduction in emissions by 2030. Better fuel efficiency standards would be a valuable initiative to improve that target. An important role for the Independents is to propose effective strategies to assist the government in urgently reducing our carbon emissions, and I plan to work collaboratively with all sides of the parliament towards this goal.

We were also pleased to make a $40,000 donation to the Human Rights Law Centre, which came from the funds raised to support our legal action on the eve of the election to stop the disenfranchisement of voters affected by COVID. We will continue to work with the HRLC to support their advocacy to protect voters’ rights in Australia, including First Nations people living in remote communities.

The success of our campaign depended so much on the work of our amazing volunteers. Yet our work has really just begun now and we want you all to stay a part of the team. In coming weeks, we will be recruiting a Volunteer Program Leader to lead the establishment of an active, ongoing volunteer engagement program. More details to follow in the next newsletter!

Thank you all for your ongoing support, and stay well.