It’s official! On Thursday morning, Monique attended the AEC office for the Declaration of the Polls.

We campaigned with the assumption that the result would come down to 500 votes. So we were thrilled with Mon’s winning margin of 6,102 votes – all that water carrying and wood chopping paid off! 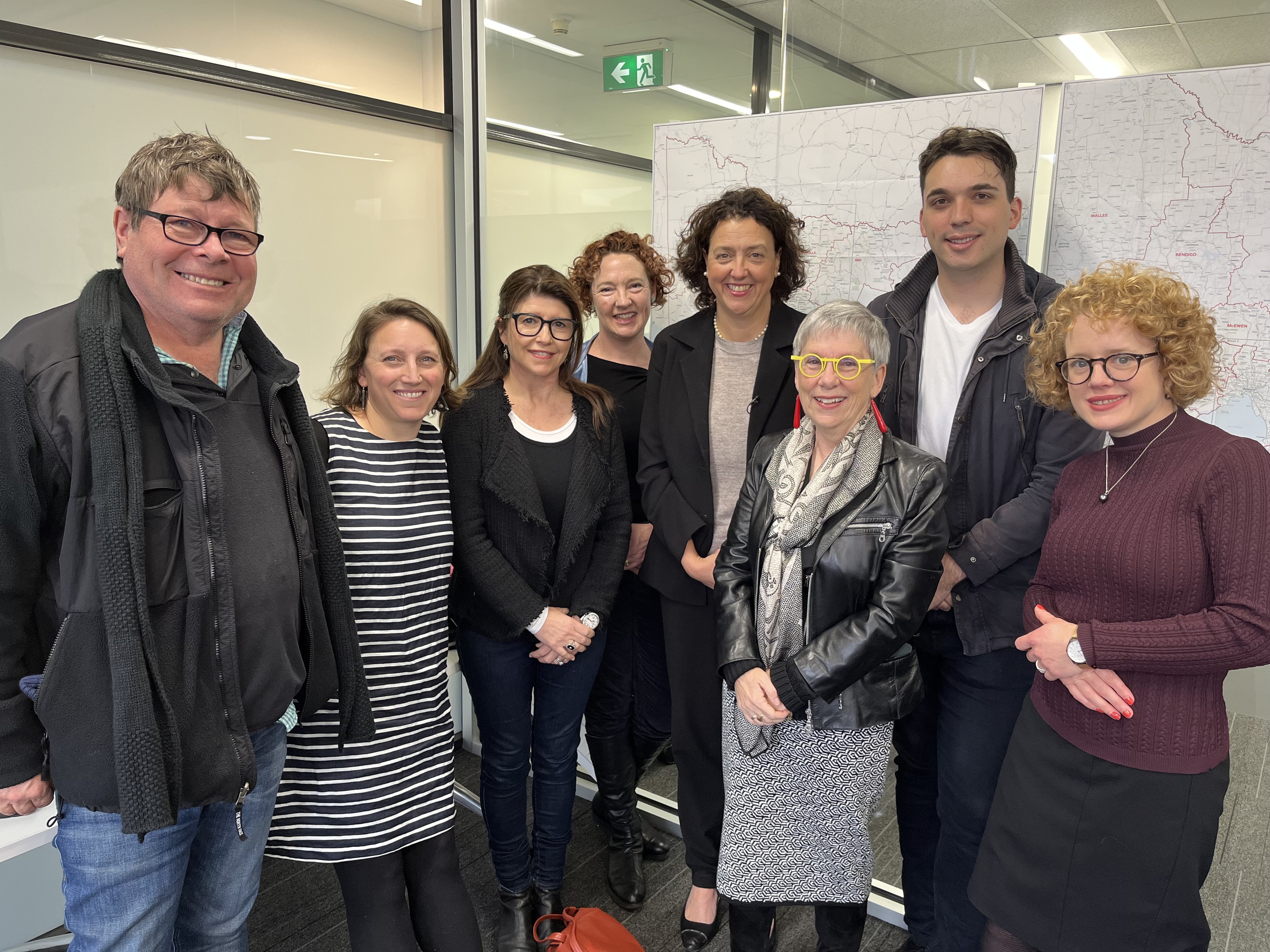 It’s been a very odd three weeks since Election Day. If we had been a political party, we would have been surrounded by experienced officials who would have walked us through all the steps of setting up an Electorate Office, making staff appointments, accessing parliamentary services, and preparing to become a Member of Parliament.

But Independent MPs are left to their own devices and we quickly learned that there is no ‘hotline’ to call in Canberra to get even the most basic information. We are very grateful for the advice and assistance that we have received from the staff of fellow Independent MPs Helen Haines, Zali Steggall and Rebekah Sharkie.

Following the Declaration of the Polls, Monique acquired access to her new electorate office at 145 Camberwell Rd, Hawthorn East. It is a bit of a culture shock to go from Mon HQ with its friendly ‘open door’ vibe to the formality of a federal MP’s office with extensive security arrangements. There will be a lot for us to get used to, but we promise that the warmth and friendliness of Mon’s campaign will be carried over into our new electorate office.

Members of Mon’s campaign team have been undertaking urgent constituency work during this interim period. Over the next 10 days we’ll aim to have all of our systems up and running with staff in place.

It will be a longer process to recruit Mon’s chief of staff, policy/legislative advisors and media advisor, as these ‘personal staff’ positions are the gift of the Prime Minister, rather than a statutory entitlement. Once we have confirmation from the PM, Monique will begin the recruitment process for these positions.

We are all on a steep learning curve. But Mon and her team are committed to maintaining a strong link with her supporters, volunteers and donors. Over the next few months, we will hold a series of social activities and community events to ensure that we can stay together and connected. We will share more information about that once we get the electorate office up and running.

Your Donations Were Well Spent!

Thank you to all who answered the call to help bridge the funding gap between the end of the campaign and the establishment of Mon’s electorate and parliamentary offices. Thanks to you, we have been able to cover the cost of our rent and staffing for the three weeks since Election Day.

During the campaign, we told you how important your donations were in funding our single biggest expense – digital advertising. You may enjoy this article about how your contributions were spent and how effective they were: How Monique Ryan rewrote history in Kooyong with an innovative social media strategy.

It feels like three years, not three weeks, since the election. During this time I've been coming to terms with the enormity of what we've accomplished in the last six months, while also turning to what we need to do in the next three years. I have to admit I’m also recovering physically from the most intense, exhausting, fun six months of my life!

There is no official handover of an electorate after an election. There’s no one to take you through the process of closing out a campaign — sorting out all the collateral, emptying the office, finalising the accounts, saying goodbye to staff, thanking the thousands of people involved — while also doing media interviews, catching up with all the friends and family you’ve not seen for six months, planning who should staff the electoral office, beginning to understand how to deal with queries and requests from constituents, creating new databases and diaries, reaching out to Parliament for orientation and sitting dates, requesting information regarding personal staff allocation, finding out dates for declaration of the polls and accessing the official offices, when we can request briefings on specific matters….there’s a lot to learn! The Independents from the 46th Parliament have been very generous with advice and support, and I’m beginning to form relationships with all the members of the crossbench; we’ve had preliminary discussions around procedural matters and will continue to meet about these in the next few weeks. Things are beginning to take shape now, having been in real flux since 21 May.

I went up to Canberra for a dinner last week and had the chance to meet with Zali Steggall and Tony Burke, which was really valuable. This week we’re getting ready to make the move to my new electorate office. I’m completing all my paperwork for orientation, onboarding and employment by the federal government (or more accurately — the people of Kooyong), and am getting ready to attend my first official engagements in Canberra in late June. We understand that the first parliamentary sittings will be in late July, with the possibility of my maiden speech in August.

On specific parliamentary matters I’ve had preliminary discussions with the Attorney-General, the Hon. Mark Dreyfus, and Helen Haines MP about planning for an independent anti-corruption commission, and am looking forward to more formal meetings this week. In the past week, I’ve had high level briefings on matters of concern to the electorate including North East Link, emissions reductions targets and strategies, and refugees. This week I’ll have access to the Parliamentary Library and can request research papers on the areas that I will advocate for in the 47th Parliament.

We’ll be in touch soon with surveys looking for feedback on the volunteer experience during the campaign, and for ideas regarding ongoing community engagement for Kooyong. We want you all to remain actively engaged with your new MP (that would be me!), with your community, and with the friends and new family you found during the 2022 campaign. We’ve achieved so much but we are only just beginning. Let’s do this, Kooyong.