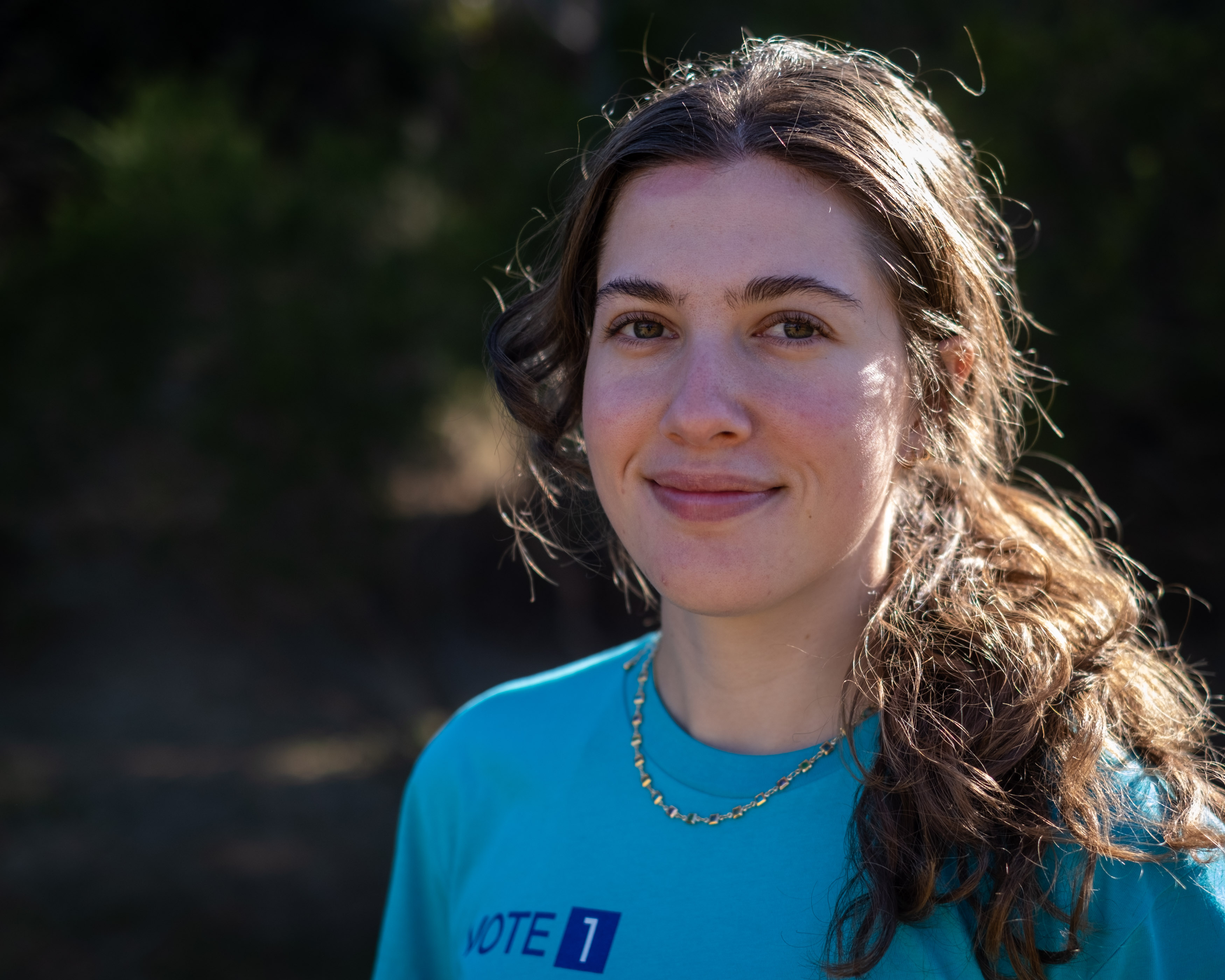 Johanna hopes independents will act on climate and bring about meaningful change for women.

I don't like what's happening with climate change which we've been hearing about for a long time, or the treatment of women in politics. Things aren't changing.

We keep having scandal after scandal and that really distresses and upsets me as a woman. We deserve to be treated the same as men. If women can't get treated right in the national parliament, how can we expect it to happen across the country?

"Seeing more women in politics and seeing them achieve meaningful things is important, not just for me, but for younger women too and for the country."

I want to see more representation, meaningful change on the respect level in politics, then hopefully that filtering down throughout society.

We also need to do more about climate change. It’s scary to think about because it’s our future. It's not just my future as a young person, it’s going to be my kids’ future and my grandkids’ future. I know a lot of people who are considering not having kids because of the inaction on climate change. 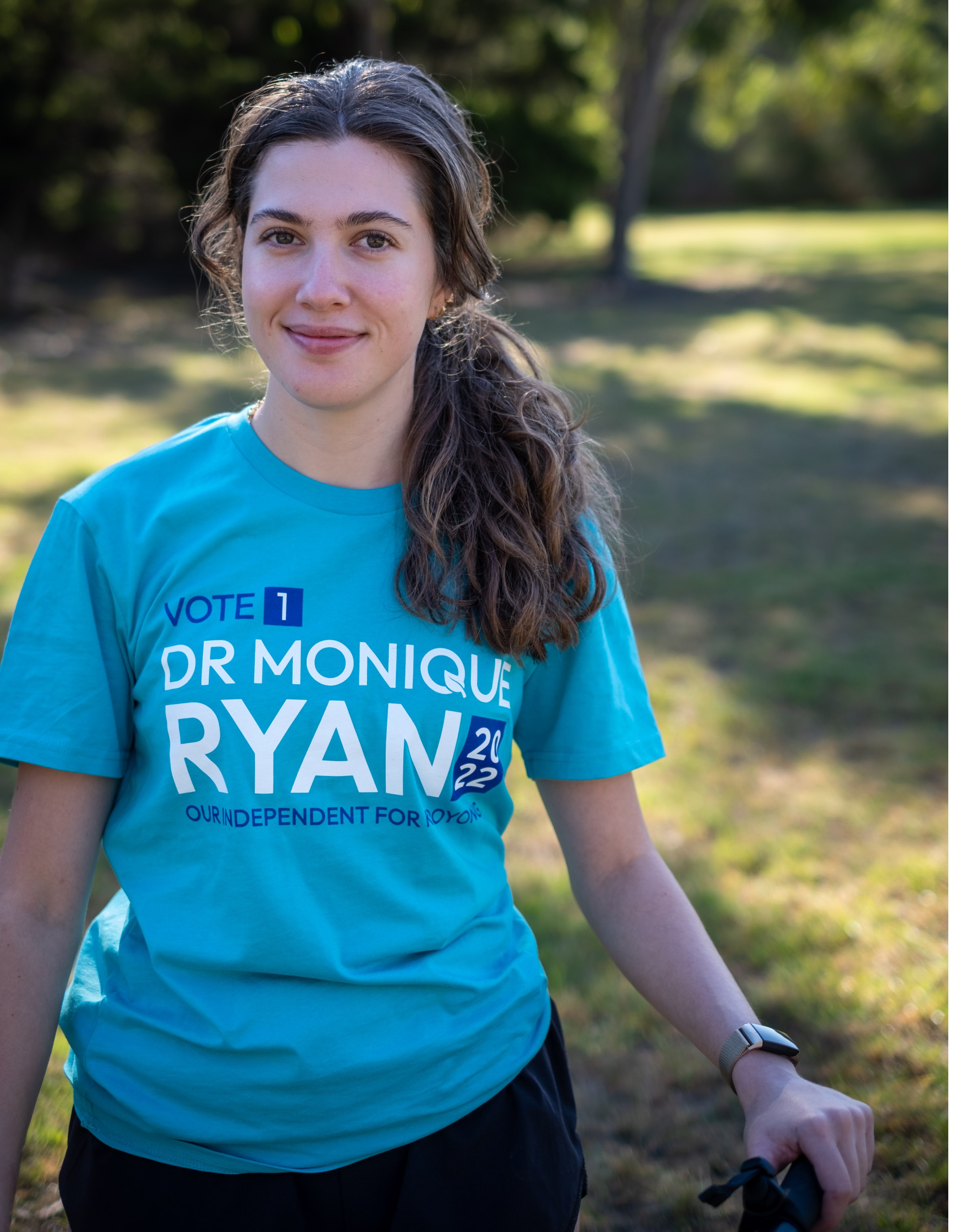 I didn't realize in the past you could vote for an independent and it could matter. Seeing what independents like Helen Haines and Rebekha Sharkie have been able to do in Parliament, I realized they can do something and hold people accountable.

That’s why I joined Kooyong Independents. When Monique was announced as the candidate, I met her, and I really liked her. I think she's someone who could make real, meaningful change.

I love how green and lush and beautiful it is. I go on a lot of walks, runs and bike rides so I really enjoy the outdoor space, especially the Koonung Creek Trail. I haven’t felt super connected to the community until I joined Kooyong Independents and met like-minded people. That's so fun.

Essendon. I’m excited to be able to go to games again, so I don’t care if we keep losing, I just want to see them live.